Andy Dalton has signed a one year deal with the Dallas Cowboys as of May 2nd.

Dalton is a 32 year old Texas native and TCU alum, going into his 10th season. The Red Rifle has amassed over 30k passing yards, over 200 passing touchdowns and led the Bengals to 4 playoff games, 20 comeback wins and 24 game winning drives. Dalton has made it to 3 Pro-Bowls in career, but many fans feel he did not live up to expectations.

While these are not elite numbers, the 35th overall pick in 2011, in the grand scheme of things, has had an above-average career. Andy Dalton Career Highlights <—- take a look at some highlights here!

With his career is prospect, let’s take Dalton for what he is; a veteran presence and a safe, reliable backup for Dak in a questionable QB room.

For what it’s worth, Cooper Rush has been a sub-par backup to this point. He has showed some flashes of talent in recent preseasons but has done little to solidify his position as a trustworthy backup caliber player.

Dalton steps in immediately as the backup with little trouble. Rush on the other hand, will likely be fighting with 2020 7th round selection Ben DiNucci. With Rush’s contract and his play, free agency is his next likely destination. With that said, my best guess at a projection for the QB room looks as followed:

Per Spotrac Dalton is set to make $3 million guaranteed with $4 million likely to be secured through unknown incentives and bonuses. Total, this $7 million contact is not bad for what Dalton brings to the team, especially considering Rush is due to make just over $2 million this season. We are projected to be $4 million in the hole.

This more or less proves that cap space is a fable. An article I like to reference often comes from one of our very own Cowboy family members, Patrik Walker. If interested, feel free to take a look further into it here. Regardless, there is rarely a worry when it comes to the Cowboys financials. Adding a cheap backup QB changes little so do not fret.

To conclude, while many fans love Dak, many do not. He is this teams starter unless injured or otherwise absent. However, Dalton does poses the smallest of threats to the starting job. The rumors of Dalton coming in to replace him if contracts go south are simply that, rumors. What Dalton might effect, is the Jones-Prescott contract negotiations.

First and foremost, Dak has recently had a tragic loss in his family so I presume negotiations have stifled for now. With that said, let us as a fandom show the Prescott family respect and sympathy is this troubling time for them.

Regardless, contract progressions are likely to be impacted in three ways:

-Pressure from the signing speeds up the process

-Pressure from the signing slows down the process

-The signing changes nothing and negotiations continue as planned

The latter seems most realistic at this time. It is likely Dak’s mind is, understandably, not on football right now and Dalton is being brought in as insurance. When it comes to America’s Team, rumors are always set to fly that continue to feed the social media fire.

#CowboysNation should be excited for this upcoming season. If Prescott goes down for any amount of time we now have an experienced leader who can manage this loaded offense. We here at DowntownCowboys would like to warmly welcome Andy Dalton to the squad! 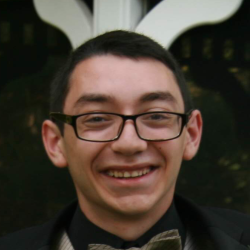