Grizz Gaming, the 2K League affiliate of the Memphis Grizzlies, got themselves into a rather large hole on Tuesday night.

Facing T-Wolves Gaming – a team that came in near the top of the season standings with a 5-1 record – the Grizz fell hard in game one, losing by a score of 94-55. The T-Wolves came out firing on all cylinders, while Grizz Gaming couldn’t seem to muster up a consistent offensive threat.

But as has been a trend so far this season, the Grizz clawed right back.

Following the game one blowout, Grizz Gaming locked in and pulled out suspenseful victories in games two (79-73) and three (69-65) to take the series.

Grizz point guard Zach Vandiver (Vandi) led the team in scoring with 28 points in the decisive third game, while center Dayvon Curry (G O O F Y 7 5 7) put up a double-double of 12 points and 12 boards to help seal the series victory for the Grizz.

Tuesday’s win brought Grizz Gaming to 4-4 on the season, a mark that few would have seen coming weeks ago. After a heartbreaking May 22 loss to Kings Guard Gaming, the Grizz sat at 0-4 on the season. They were yet to produce their first victory.

“It was definitely frustrating,” said Curry of the team’s slow start. “But at that point, we just knew we had to lock-in.”

And lock-in they did.

“We decided to put [power forward AuthenticAfrican] on the slashing lock to help us with extra scoring, and he definitely has changed our season around.”

Since the May 22 loss to Kings Guard Gaming, the Grizz have won four straight contests. The team obliterated Lakers Gaming to begin the streak and followed it up with close victories over Celtic Crossover Gaming, Pistons GT, and T-Wolves Gaming.

UP NEXT FOR GRIZZ GAMING:

THE TIPOFF tournament, the first of three major 2K League tournaments throughout the season.

Grizz Gaming is poised to maintain its current momentum and stay hot going into the competition.

THE TIPOFF will air live from June 16-19 on ESPN2, Twitch, and Youtube. 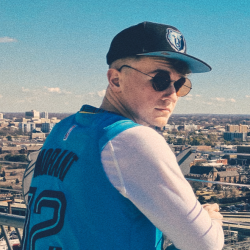