As we all patiently await to see if the NBA season is going to return, an idea has been circulating the basketball world. Instead of finishing the season, the current 16 playoff teams will immediately be entered into a playoffs, which is where the season will resume. If this were to happen, it’s been theorized that some teams will be at advantages while others at significant disadvantages. So, let’s breakdown what could happen for the Boston Celtics if they were to jump right into the playoffs.

Coming off of a cold streak

Before the Coronavirus outbreak suspended the NBA season, the Celtics weren’t doing so hot. They were 5-5 in their last ten games, including two back-to-back losses. More importantly, they had lost to playoffs teams like the Lakers, Thunder, Rockets and Nets. While they beat tough teams like the Pacers, they got a couple of those wins off of non-playoff teams like the Cavs and the Trail Blazers. This could mean one of two things, either the team was simply not up to par with the top seeded playoff teams, or the Celtics were getting ahead of themselves and needed to take a step back.

If the NBA season does start in the playoffs, then the “training camp” that’ll have to happen before that is going to be vital for the Celtics to get their chemistry back up and become the dominant force they were for much of the season.

As it stands, the 3 seed Boston Celtics would square off against the 6 seed Philadelphia 76ers. This is a team the C’s are all too familiar with, with their rivalry being one of the better ones recently. The 76ers won the regular season series with 3 wins against Bostons one win. Though, Boston got the last laugh in their final meeting of the season, winning 116-95 in Boston.

Boston’s home court advantage here is massive, especially considering their only victory was at home. Getting an early advantage at home will be crucial. Splitting the first two could be dangerous if they’re unable to beat the 76ers in Philly.

Ultimately, the rumored rough locker from in Philadelphia with Embiid, Simmons and Harris could complicate things when they are in the playoffs, when tempers can run higher than normal.

Boston could take advantage of that with their well-oiled locker room. Having a natural leader and all-around nice guy like Kemba Walker has done wonders for Boston. Keeping the team together when times get tough is exactly what you need against a divisional rival who is on thine ice with each other.

The Celtics hoped that when they secured big name free agent Kemba Walker that they had gotten the star the team needed. They did, per say, but not really because of Walker. Jayson Tatum has taken massive strides this season and has turned into the Celtics certifiable number one player. Being an elite scorer with his shooting prowess and also by attack the rim.

Even more impressively, Marcus Smart has turned himself into a defensive superstar. Most notably, his performance against Giannis Antetokounmpo early in the season, where he held Giannis to only 6 points when he was on the court. (Though Giannis finished with 22.)

Jaylen Brown has also taken tremendous strides as a wing scorer and defender, which has provided Boston with a unique and unstoppable offensive attack.

Ultimately, it’s not a question about if they can handle the eastern teams, but the western contenders.

The Celtics are greatly on the losing side of the season series against western playoff teams. However, have fought hard against top teams like the Clippers and Lakers (they split the seasons series with the Lakers.) Boston can definitely beat the top teams in the west, it’s all about the preparation they’ll have prior to the playoffs.

The Celtics have a solid shot at winning the east but face great challenges in defeating western rivals. Eventually, it comes down to the match-ups and who they play, but the Celtics are no one to sleep on.

With their powerful offense and superstar stopping defense, Boston is a force to be reckoned with. Along with their admirable team chemistry, the Celtics are able to buckle down and come together as one unit when it matters the most, something that has prevented them from winning in years past.

Overall, the Celtics are a serious threat, even more so if they jump right into the playoffs. 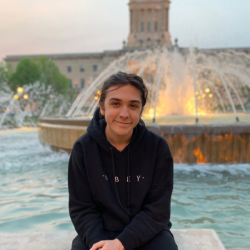