NBA Shutdown: Which Three Title Contenders Are Hurting The Most?

The NBA suspended play two months ago due to COVID-19, and the league shutdown is hurting everyone’s bottom line. From a basketball standpoint, it mostly hurts the teams who entered the season with championship aspirations. There’s three teams in particular who are hurting the most and they’re the top three teams in the league. Here’s my breakdown on those three teams and the reasons why the NBA shutdown doesn’t help them.

The first title contender the NBA shutdown affects is the Los Angeles Lakers. The Lakers have the league’s second best record 49-14. An argument can be made that from a rhythm standpoint, the layoff will hurt them the most.

LeBron James and Anthony Davis were in a groove, leading the Lakers to huge wins against the NBA’s elite and starting to show everyone their combination is hard to bet against. James and Davis also led the Lakers to statement victories over the Los Angeles Clippers, Bucks and the Boston Celtics at Staples Center.

Plus for James, he was on the verge of completing his 17th season in the league. So a layoff like this isn’t beneficial for him, especially when it comes to finding a rhythm. As of now, the Lakers have a 2-3 year window to contend.

Davis can opt out of his deal ($28.7 million) to be a free agent when the 2019-20 season ends. Due to the pandemic, he might opt in instead, which isn’t great for the Lakers.  Obviously, they’re aiming to come to a long term agreement on a max deal, which is the goal. But that’ll likely have to wait due to the uncertainty the 2020-21 season will bring.

The Lakers definitely don’t want this season to remain suspended, because they have a lot at stake. They don’t want another year of James’ prime being wasted and having to wait another year to sign Davis long term. It’s a window they’re looking to take advantage of, with the Houston Rockets and Golden State Warriors slipping. And if they aren’t afforded a chance to win it all, it’ll be a wasted season for them.

The Clippers, like the Lakers, are in a very similar position when it comes to their championship window. They have the second best record in the Western Conference 44-20, which is a game and a half ahead of the Denver Nuggets. The Clippers surprised the world by signing Kawhi Leonard in free agency and trading for Paul George. They know it’s not a certainty that they’ll be able to contend in the future, with George and Leonard able to opt out of their deals at the end of the 2020-21 season.

The window for the Clippers, as constructed, isn’t at minimum a 3-5 year one. They’ve been prepared to not only win their first ever NBA championship, but to try to take over Los Angeles. And the NBA shutdown right now has put those plans on hold.

The path for the Clippers to accomplish those goals have been in the works for years. Bringing Jerry West over from the Warriors was the first domino for them. Then, getting Leonard to commit to them instead of possibly joining the Lakers or re-signing with the Toronto Raptors.

The West and Leonard acquisitions paved the way for George to request a trade from the Oklahoma City Thunder and changing the image of the Clippers franchise. The Clippers have put quite of bit of work in to do their best to boost their championship aspirations. But if the 2019-20 NBA season doesn’t continue, the work they put in would go to waste.

The Milwaukee Bucks are the final contender of the three that’s hurting from the shutdown. They have the NBA’s best record 53-12, which gives them a three game cushion over the Lakers.

Led by reigning NBA MVP Giannis Antetokoumnpo, the Bucks also entered the 2019-20 NBA season with championship aspirations. But the clock is indeed ticking because it’s literally title or bust for them.

It’s because if the Bucks don’t have an opportunity to win the franchise’s first title since 1971, Antetokoumnpo might end up wanting to go elsewhere. And it wouldn’t be a total shock because once you start really playing to win a title, that becomes the ultimate goal.

It’s not just the Antetokoumnpo situation that’s looming over the Bucks. It’s the small market stigma that exists, which is the opposite for the Lakers and Clippers. Those franchises have much improved leadership and Southern California to help them.

The Bucks, however, don’t. They wouldn’t benefit from the season possibly being shutdown because their hard work would be all for nothing. Then the questions about Antetokoumnpo’s future with the franchise really would heat up, which is also a possible nightmare scenario for the Bucks.

According to ESPN’s Senior Insider Adrian Wojnarokski, there’s hope amongst the players and owners that the 2019-20 NBA season will continue. And NBA Commissioner Adam Silver, according to multiple sources, is expected to make a decision in the next 2-4 weeks. So until then everyone, try to hang in there and see what happens. 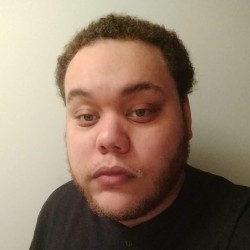