The gold and black brand seems to be on fire lately. This week the matchups should be great. Let’s take look at this week’s NXT preview for the WWE.

In this match the winner will earn a spot in the ladder match for the NXT North American Championship match. If the cards are played right, this should be a good match. Finn Balor should pick up the win and join Bronson Reed in the ladder match.

After the brutal attack on Dominik Dijakovic, last week Karrion Kross has struck a nerve in the NXT Champion Keith Lee. What will the champion have to say to Kross? What will the actions be for Kross and Scarlett again? How will he strike again to let Lee know, he is lurking in the darkness? I am excited to see where things are going to go with Kross and Lee. TICK TOCK! Fall and Pray!

In recent weeks, we have seen Blackheart run over Robert Stone’s legs with her tank. Last week we saw Martinez making a deal with Stone, and seems that she is now part of the Robert Stone Brand. After a brutal attack on Blackheart last week, this match has been made official. What does it mean for Shotzi Blackheart with a new addition to the Robert Stand Brand? This should be a decent match.

It looks like these two will settle their differences in the ring. The two wrestlers failed to earn the opportunity to be in the ladder match for the NXT North American Championship at Takeover. Gargano and Strong both have some frustration to get out. Why not wrestle each other? More then likely Gargano might get the upper hand.

This week ‘s NXT preview looks very promising. Make sure to tune into NXT on USA on Wednesdays at 8pm(eastern) 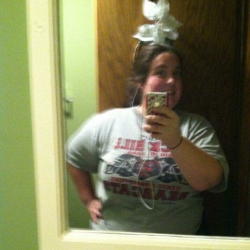