Who knows when baseball season will start up, but hopefully it will soon. When it does start, there is a lot of young talent on the diamond these days. Here is a look at three MLB rookies to watch in the upcoming season.

Lux is a highly regarded rookie, who ripped up Triple-A pitching last season. In Triple-A Lux slash line was .392/.478/.719. Between AA and AAA, Lux hit 26 home runs. Lux brings plus power and speed to the Dodgers line up. When brought up to the majors, Lux struggled batting .240 struck out 24 times in 74 at-bats. With that being said, Lux is coming in ready to take over the Los Angeles Dodgers second base position.

Last season on all three levels in the minors, Robert hit .328, hit 32 home runs, drove in 92 runs. Also, Robert stole 32 bases and hit 11 triples. Robert is speed and power guy and could very well be the best player on the White Sox by the time the season ends. In the outfield, Robert is athletic and plays an impressive center field. Robert signed a six-year $50 million contract in the offseason.

Luzardo is the top A’s prospect, and he is coming back from left shoulder problems. He is ready to take a spot in Oakland’s pitching rotation. Luzardo throws a 96 mph fastball with sinking action, has an excellent change-up, and a curveball that can make you swing and miss. Last season before the injuries, he struck out 20 batters and walked just five in 15 innings.

Keep an eye on these three players during the season, expect big things from them. It is always lovely to see new young faces in baseball. Trust me you will not want to miss these three MLB rookies play this season. Hopefully they Lux, Robert, and Luzardo can make baseball fun again. 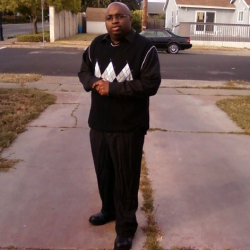